It’s time to rethink your daily computer. Yes, it’s true! When I see the Apple prices, especially of Mac Pro, I really get afraid of my Apple environment future. The price of the Apple Mac Pro is insanely high. But the question is, do I need Mac Pro? Well, this is a personal preference based on your usage. For example, if you are a 3D artist and most of your work is based on 3D modeling, 3D animation, or renderings, then yes you might need Mac Pro with high specifications. If you are a web or UI designer, or most of your work-related to print design, then you really don’t need Apple Mac Pro.

If you are using a classic Mac Pro (Mac Pro 3,1 to 5,1) then you should think about the future. As Apple has moved to M1 chipset and hopefully the future OS versions will not be compatible with Intel-based Macs. If you have enough money to buy a brand new Mac with M1 chipset then everything is ok, on the other hand, if you don’t have enough money to buy a brand new expensive apple computer, and your work demands ha high-end computer then you can think about switching to windows computers because they are cheap and reasonable in performance especially in the 3D world, where there’s a little Mac involvement.

If you are a freelancer having not enough money to buy a new iMac or MacBook Pro etc, then you have two choices, either move on to Windows or go for Hackintosh if you want to stay on Apple OS, which is really very good.

Hackintosh, in simple words, installing MacOS on simple PC computers and then you can use Mac OS on your PC but for that you should be a little tech savvy, which I suggest you should be in either case. You can learn more about Hackintosh here. This is not a bad idea to move on to the Hackintosh computers, which most of the people are using these days for their professional works. If you are a serious 3D animator or 3D artist, then I will suggest you to switch to Windows, which you might be using already, if you are a 3D artist. Because NVIDIA graphic cards are compatible only with Windows architecture at the moment. If you want to use RTX 3080 or RTX 3090 for your daily use, then you can only use them on Windows computers. Macs only use AMD cards right now.

In the end, it all depends on your work demand. If your work demands, but always keep in mind the maximum value for your money. Below are some of the suggestions for suitable computers for different tasks. Like as I already mentioned, if you are a Web Designer then you don’t need a very powerful computer but, on the contrary, if you are a 3D animator then you should have a powerful computer, either Mac or Windows.

Adobe Suite is the standard for print, web, and 3D professionals. It is hard to imagine any creative work without adobe software these days. Whether you are a 3D artist, web designer, graphic designer, or print professional, your workflow always involved any of Adobe Suite software. If you don’t want to build Hackintosh because you don’t have enough time or technical skills, then below are some very safe options that are best for your creative workflows.

Here are some of the strongest computer suggestions for Web Design professionals:

Here are some suggestions for Print Design professionals:

I strongly suggest for Print designers to buy this new upcoming iMac 24″ with 4.5k retina display screen. It is available in 7 different colours, so chose you like the most!

Below are some suggestions for 3D professionals: 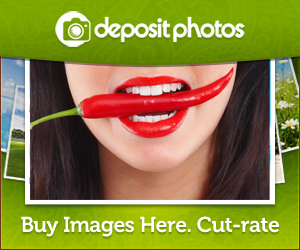 The Science of Graphic Design